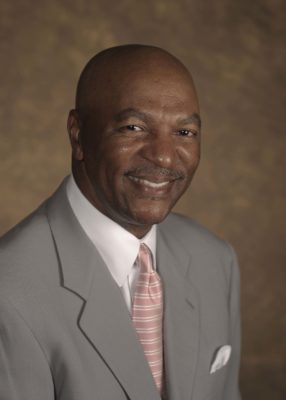 I was a rookie, full-time golf writer at Golf World magazine in 1993 when I read these painfully pessimistic words from Dr. Charles (Charlie) Sifford in the opening paragraph of his seminal book “Just Let Me Play”: “There is no place for a black man in professional golf. It doesn’t take a Philadelphia lawyer to figure that one out. I’m 69 years old, and I’ve been playing this game since I was a little kid in North Carolina. I played for 15 years on the PGA circuit, and I’ve been a regular on the Senior PGA Tour since its inception in 1980. And I still don’t see any room for a black in golf.’’

Knowing Charlie as well as I do, I doubt that induction into the World Golf Hall of Fame nine years ago changed his opinion, especially given the notion that equally deserving pioneers like Joe Louis, Ted Rhodes, Calvin Peete and William Powell haven’t been given serious consideration for the Hall. The fight to level the playing field continues for sure.

Despite the decade-plus dominance of Tiger Woods on the PGA Tour, Sifford’s assessment appears applicable to contemporary professional golf. At least on the surface. How else does one explain the irrefutable fact that 20 years after I nearly choked on those words, Woods remains the lone player of African-American descent in golf’s major leagues. Fellow Stanford standout Joseph Bramlett had a brief stint on Tour in 2011 before failing to earn enough money to retain his playing privileges and landing on the Web.com Tour this past season. His near-miss (barely finished outside the top-25 money winners) of regaining his status on Tour for the 2013 season is as inexplicable as it is unfortunate because Bramlett had one hand on his card much of the season. Along with Jeremiah Wooding (Josh’s younger brother, who advanced to the finals of Q-School), Bramlett is relegated to the Web.com again this year.

Black women have fared no better. Shasta Averyhardt, the Jackson State star, became only the fourth African American member of the LPGA Tour in 2011. However, injuries incurred during a swing change sent her to the LPGA’s developmental circuit, the Symetra Tour, this past season. She recently finished 39th at the LPGA Q-School to regain status for this season. Fellow Symetra Tour player Ginger Howard missed earning her Tour card by eight strokes. So it’s back to the Symetra for the teenager.

The Champions Tour, which transformed journeymen Jim Thorpe and Jim Dent into millionaires, is now devoid of all senior hopefuls except Thorpe and his declining game has led to fewer big paychecks.

The plight of the black professional golfer is but a symptom of the ailing condition of the entire golf industry, which continues to resist the charge of meaningful inclusion. There remains only three—Joe Louis Barrow, Earnie Ellison and Julius Mason—persons of African-American descent in a decision-making capacity among golf’s ruling bodies (PGA of America, PGA Tour and United States Golf Association) in this country.  In corporate America, only businesswoman Sheila Johnson, whose empire includes Innisbrook Golf Resort near Tampa, Fl., has the financial muscle to call any shots. Even the media, which once showed modest gains in black representation, has nearly slipped back to the early ‘90s when I entered the huge media center at the Masters and found not one face that resembled mine. Now, you can count the number of blacks covering golf full-time for a major publication or network on one hand.

The state of black golf can’t be that bad, you say. Well, it is. And that’s with the biggest draw in the game (Tiger Woods) and the “First Golfer” (President Barack Obama) at the top of the leader board. So, was Charlie right? Is golf really a closed shop? Better yet, what can we do to change the scenario? I have a few ideas, but they will have to wait until I check in again.

Pete McDaniel is a veteran golf writer and best-selling author. His blogs and books are available at petemcdaniel.com (gdmcd@aol.com).